Growing up in Nigeria, Leslie was an avid and accomplished soccer player. At 18, he immigrated to Texas with his father and enrolled in Arlington Heights High School. Football coach Charles Perry took one look at the 6’3”, 285-lb teen and asked if Leslie would like to try a new sport. Leslie learned to play and made a big impression on the junior varsity football team.

At the same time, Leslie’s relationship with his father was breaking down. After a particularly bitter fight, his father left him, and Leslie came to Union Gospel Mission of Tarrant County on the advice of a church member. Here, the young man found the care and encouragement he needed to complete high school and begin making plans for college and beyond.

However, Leslie had one more obstacle to overcome. He turned 19 in his senior year and, according to state rules, was too old to play on the varsity team – his ticket to a football scholarship. Coach Perry had a plan: to record Leslie in practice games and show the videos to college scouts. Coaches at Southwest Baptist University saw Leslie’s potential and offered him a scholarship.

“I didn’t really think it was happening because most people in my situation just lose hope,” says Leslie He will attend college this fall and plans to study business or pre-law because, he jokes, “I never lose an argument!"

Coach Perry agrees. “The great thing about Leslie is his attitude. And he has a really good work ethic.” Staff at UGM-TC can attest to that: Leslie has been in the Skill Building Program and a wonderful job helping in the kitchen.

“I just do what I have to do,” Leslie tells us. “Most people in my situation would have given up. Just don’t give up! Do the best you can and leave the rest to God.” 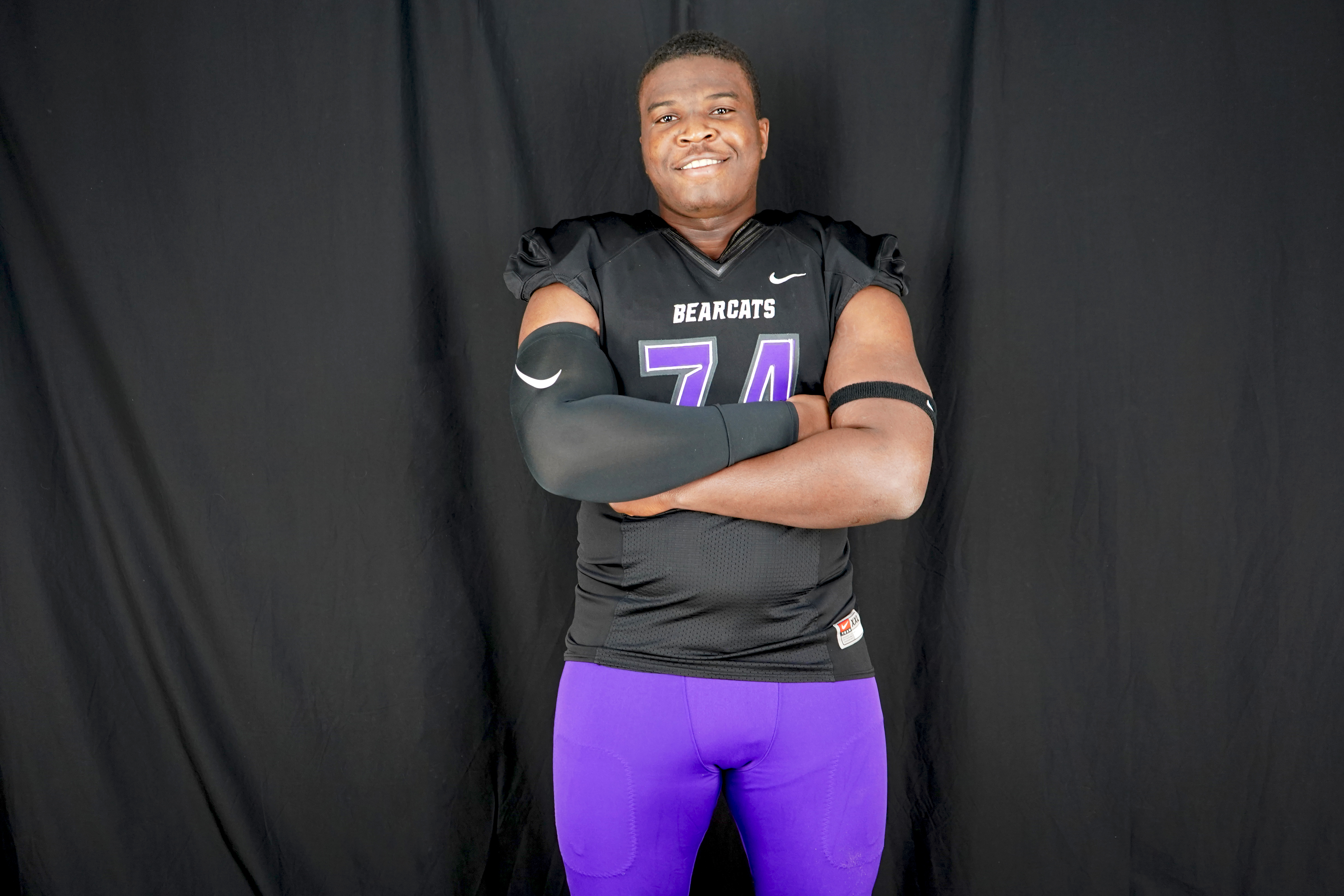