When Kevin hopped on a bus in Washington, D.C. just 6 years ago, he had no idea where God would lead him. The pressures of school and the rising cost of living in D.C. was becoming too much, and he ended up losing his home. “Life was topsy turvy, I had no where to go,” Kevin tells us. That is when a friend suggested he move to Texas and go to The Union Gospel Mission to receive the help he needed.

With the last few dollars in his pocket, Kevin caught a bus to Texas and asked the driver to take him to The Union Gospel Mission. Kevin expected the driver to drop him off in Dallas. That was the only place he had known of. “For some strange reason he took me to Fort Worth to UGM-TC and thank God for that. If it was not for that I would probably be stuck in Dallas doing something I shouldn’t. I probably never would have ended up here.”

When asked about his time at UGM-TC Kevin says “they helped me with everything… gave me somewhere to stay.” He gives major praise to his UGM-TC case manager, Silvana. “She is the one who encouraged me. She realized I was smart and said ‘you have to go back to school’ and told me about the Visions Program at TCC.”

It’s been four years since Kevin left UGM-TC, and he has now earned his Associates Degree from TCC and will finish his Bachelors in Information Technology this December from Tarleton State University. He plans to get his Masters next and maybe even a PHD! While attending school he has been a proud member of multiple clubs and honor societies. Even more, he has made the Dean’s list every semester!

When thinking about his future, Kevin excitedly tells us he plans to be a teacher one day. “I would love to let someone learn something. Encourage somebody to learn something.”

“Without UGM-TC, the truth is I don’t know where I would be”, Kevin tells us. “I almost died” a few years ago. “God reminds me that I still have a purpose here.” 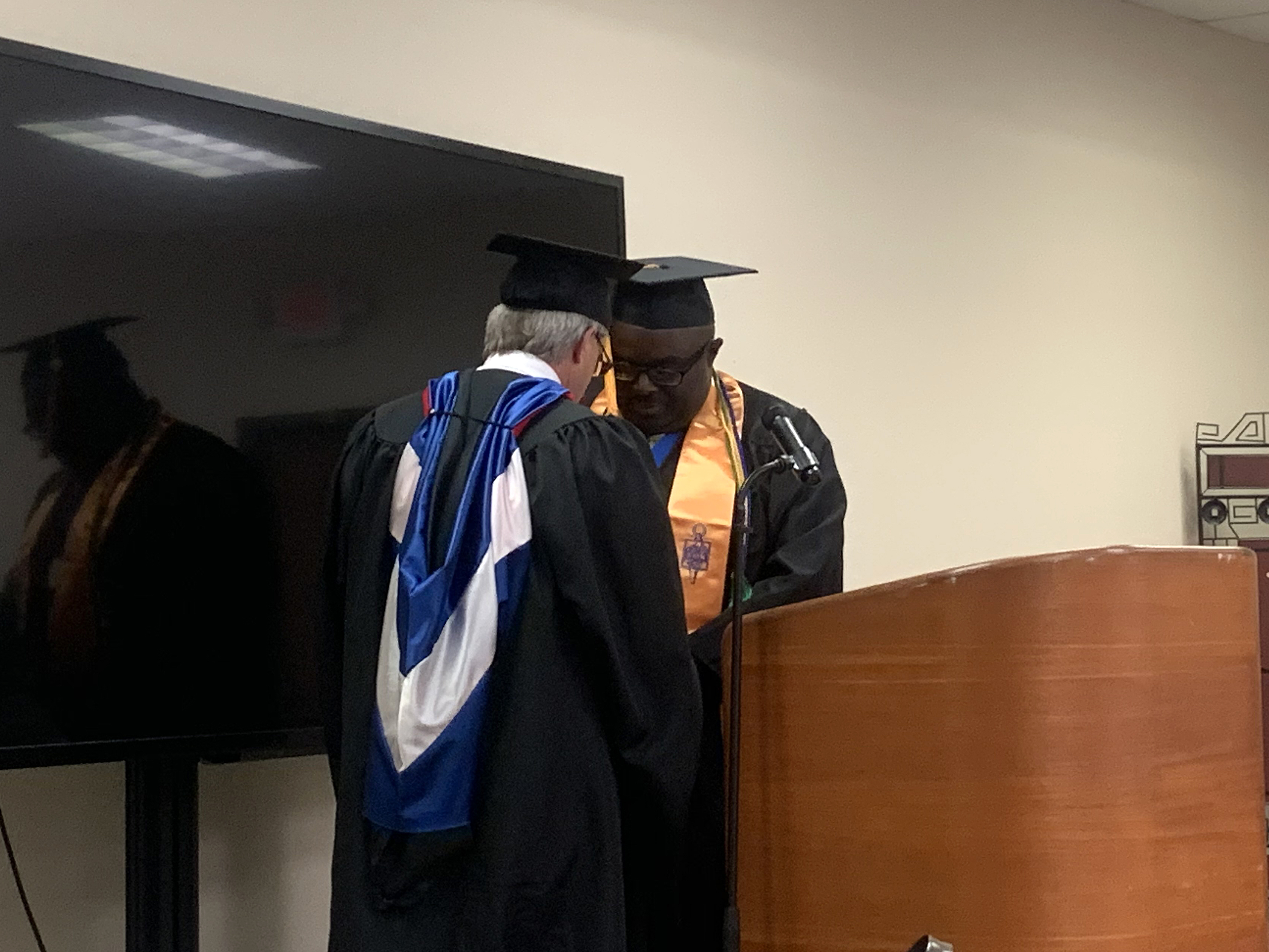